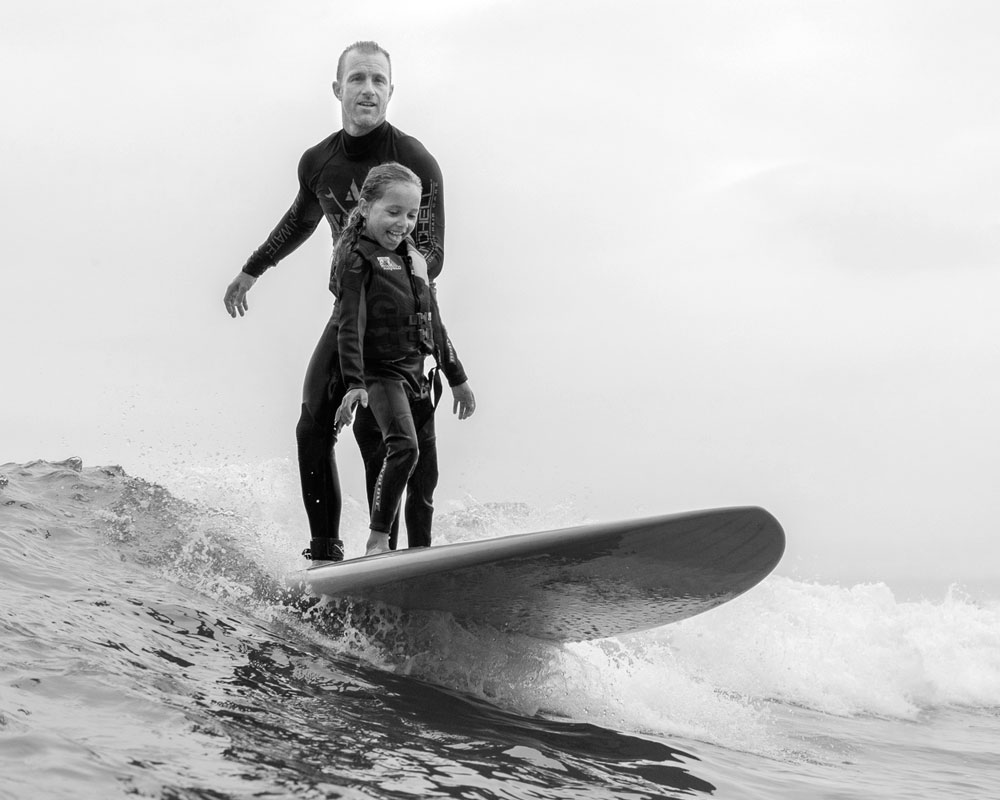 A native Angeleno, Scott Caan grew up surfing Santa Monica and Venice. Though an accomplished actor known for his roles in “Ocean’s Eleven” and the “Hawaii Five-O” television series, he has been helping people experience the therapeutic calm and stoke of the ocean through surfing for over 15 years.

Scott has been a supporter and surf instructor with A Walk On Water since inception. He believes that there is no better therapy than the therapy we all get in the ocean, the power of the ocean, the power of being in the moment on that wave where nothing else matters, nothing else exists. Taking a child surfing so they can experience something surfers have felt their whole lives, watching them change and seeing their emotion is one the greatest things he has ever experienced. 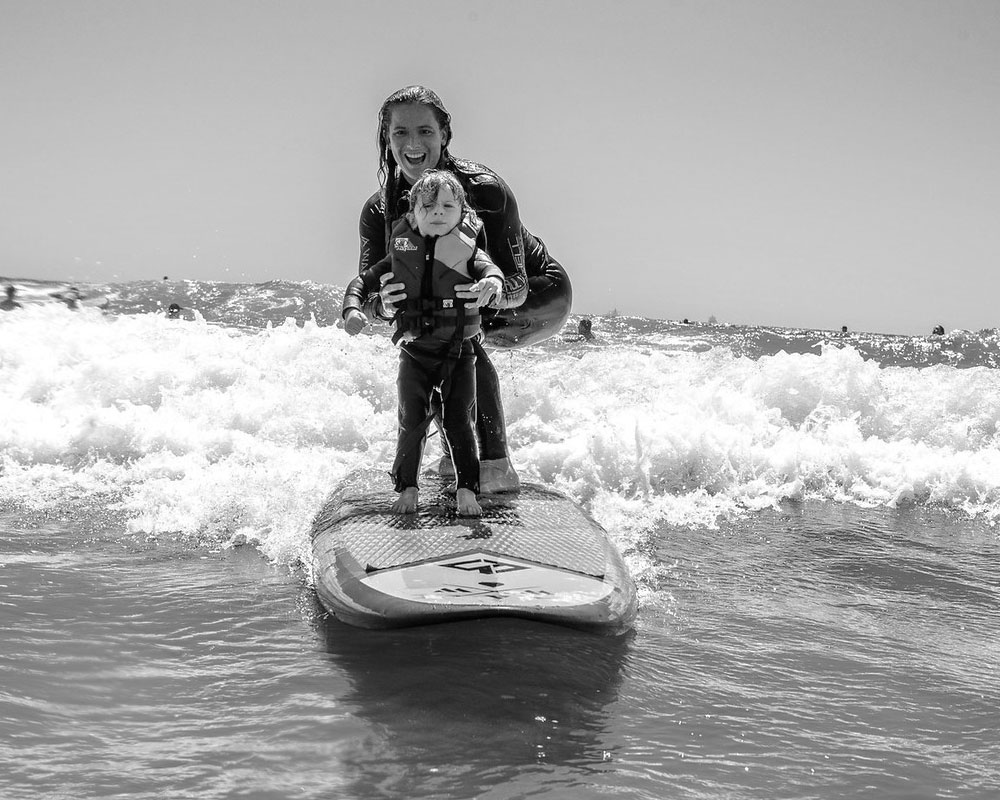 A professional surfer who has been competing on the World Surf League Women’s Championship Tour since 2011, Courtney is known for her gritty determination, incredible work ethic, and ability to wear multiple hats. Besides being known as an athlete, she is also a brand ambassador, spokesperson, social media advertiser and entrepreneur to name just a few. Her passion is a driving force in everything she does, including her involvement with AWOW.

Courtney became involved with AWOW in 2015 via Board Member Steven Lippman. They began speaking about what AWOW represented and what it did for children and families. She was instantly intrigued, so when AWOW held their next event she was there.

Courtney’s dad taught her to surf at a very young age and she considers it one of her greatest gifts in life. She has turned that gift into a power that she can use and pass on to bring simple joys to AWOW’s athletes. For her, one of the greatest moments in surfing is standing on a board for the first time, gliding across the ocean, than paddling back out to catch another wave. Sharing in those moments with others is amazing and inspirational. Through AWOW she gets to share her love and passion for surfing and inspire young athletes. 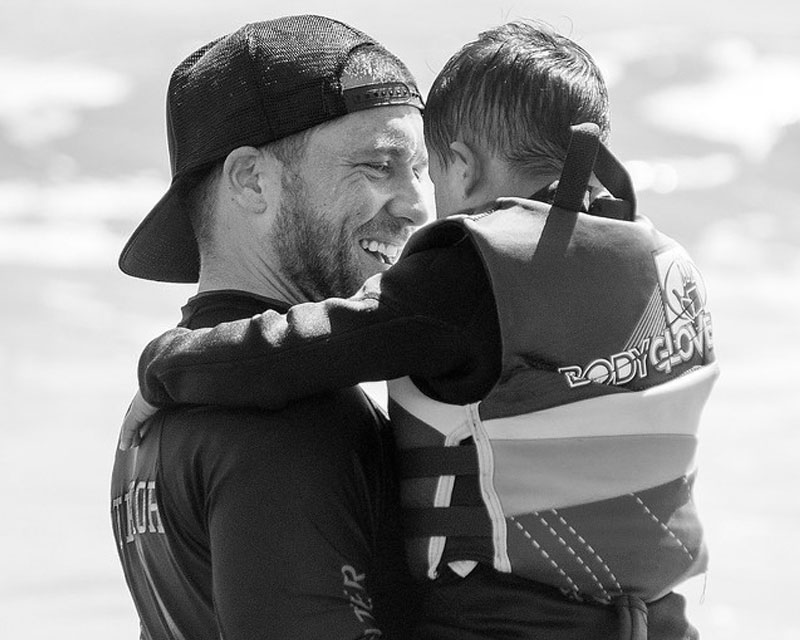 Celebrity Chef Adam Glick may be well known for his past roles on the hit Bravo TV series “Below Deck Med” and “Below Deck Sailing Yacht” and for currently cooking in adventurous outdoorsy settings with his dog Tex, but his involvement with AWOW couldn’t have happened more organically. Four years ago, he was in Malibu getting ready for a personal surf and saw an event happening. An AWOW member asked if he would help out. He promptly threw on a jersey and has been volunteering as often as possible ever since.

To him, AWOW is about sharing the healing powers of the ocean. He surfs for self improvement and healing, now he AWOWs for the same reason. Helping to teach those kids how to surf in Malibu, CA, he was hooked, inspired, and relieved. He’s starting to think the surf therapy is actually for the adults and surf instructors. “The smile on these kids faces is priceless and makes you feel amazing inside.” 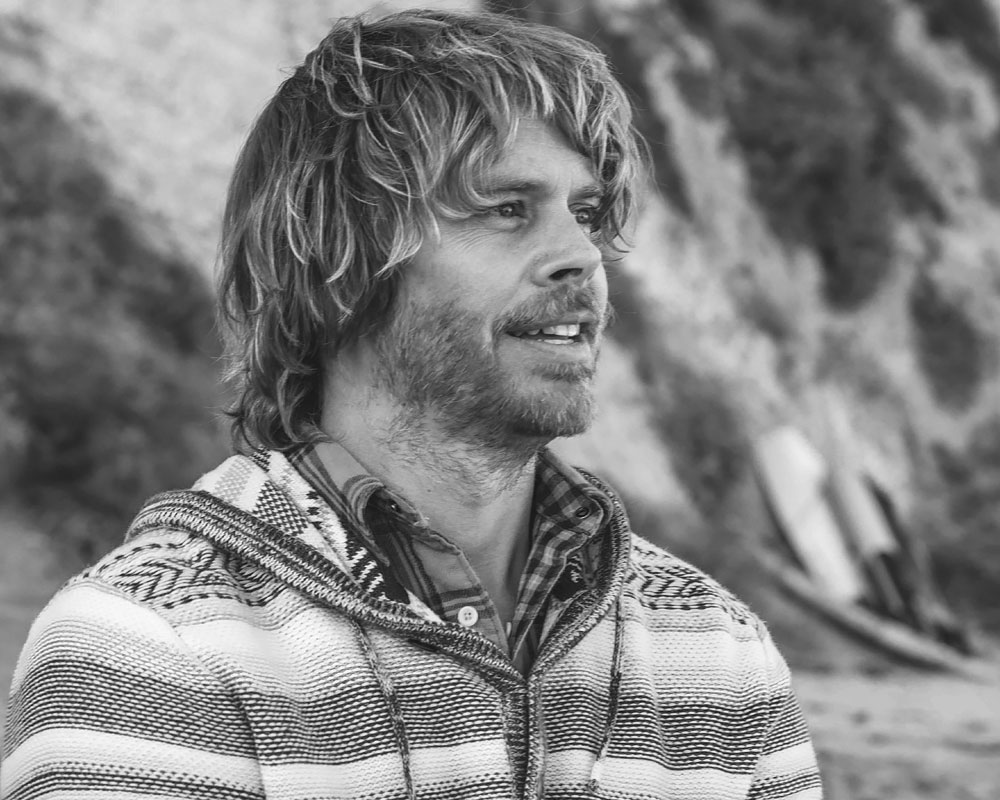 A passionate family man and talented actor, Eric focuses his talents on telling unique stories that champion the commonality of us as a species. Stories that help us find identity in hope and love, instead of fear and hate.

It is that same search for commonality that brought him to the beach at Hollister Ranch 7 years ago where he witnessed an AWOW event with tears streaming down his face. It’s something he will never forget as he believes life is spectacular and fleeting in its entirety, and we have to celebrate anything that brings kids and their loved ones this much joy.

To him, AWOW means stepping outside the negative trappings and labels that society gives these kids. Once they have been in the water, once they have experienced an AWOW event, they are forever changed. They are athletes first and foremost. They find identity in that label and it gives them the ability to see themselves in a beautiful new light. It is magic. 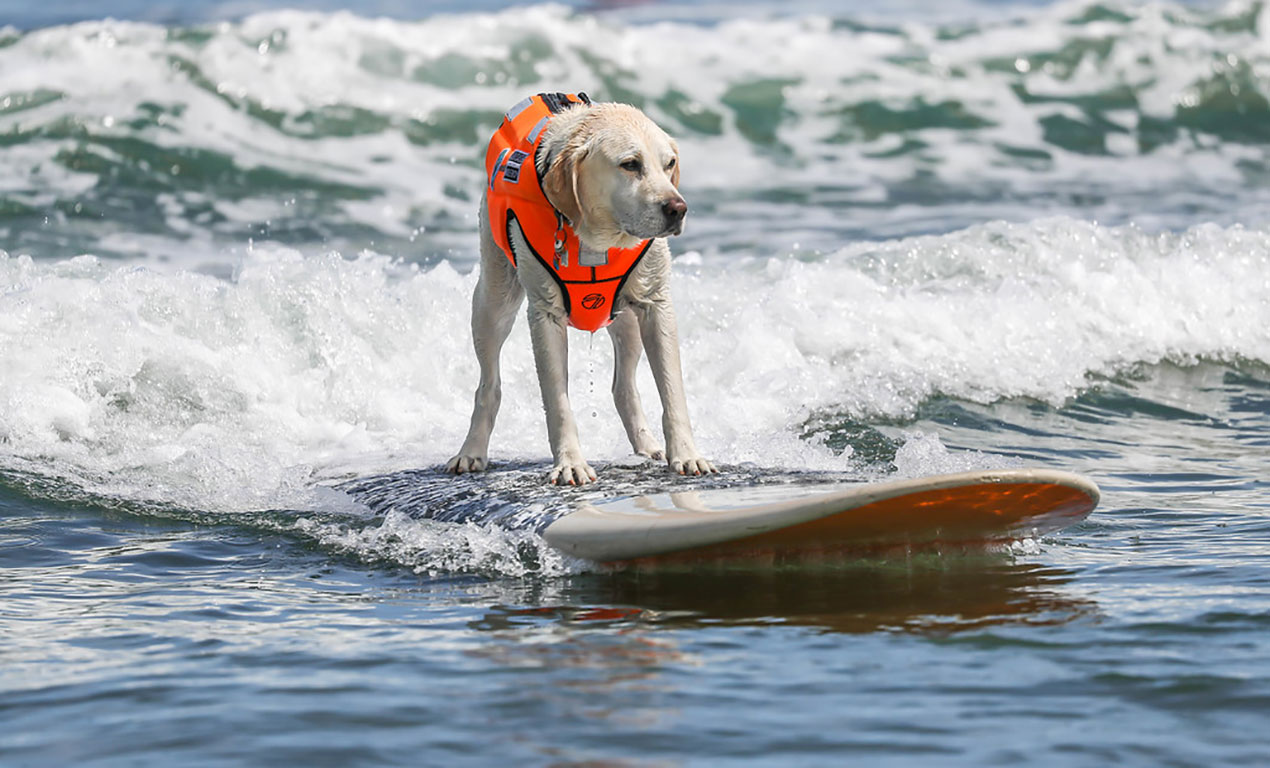 Haole first began surfing at the age of 5 when he hopped on his Dad’s board at a family day at the beach. From there he was unstoppable. His skills grew to where he competitively surfed across Southern California. No one who witnessed Haole on a wave, shifting his weight as he glided down the line, could possibly forget the image of his grace and athleticism. But Haole was so much more than a dog who could surf. Haole had a purpose which he found when he and his family were invited to an event hosted by A Walk On Water, Haole connected so well with the athletes, volunteers and families that he became the official surf therapy ambassadog. He was a surf therapist in the truest sense of the word; At AWOW events he was always on the job and there, everyone witnessed him changing lives.

He lent his own immense courage to countless special needs athletes. Many found the confidence to paddle out just by seeing him in the lineup. In the water, when all else failed, surf instructors turned to Haole for assistance. He was a calming and kind force on the beach as well, making the job of human volunteers easier by turning tears into smiles. He created moments of peace, love, laughter and joy at every event. Haole inspired everyone he met and people drove miles, sometimes across states just to witness the magic he created both in the ocean and on the beach with his special athletes. 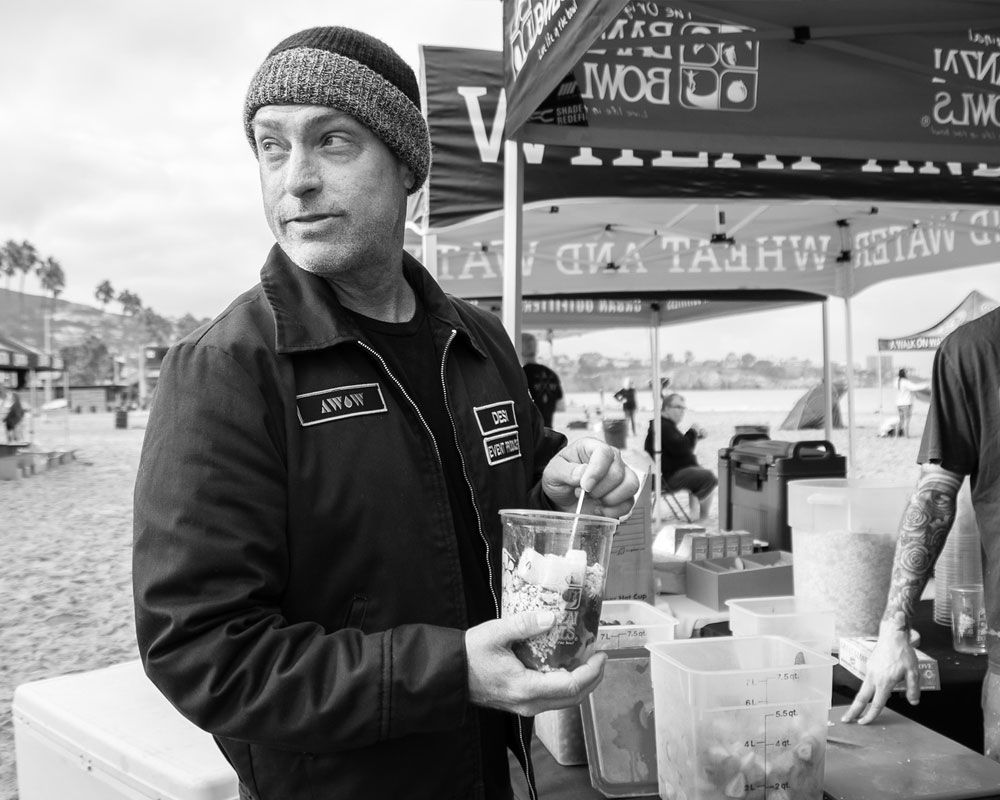 A lifelong surfer, Desi began his career in marketing / team management for several of his sponsors when he was working towards becoming a pro surfer. This segued to a full time position as a marketing director, which naturally involved a lot of live events. Prior to joining AWOW, he worked at The Enthusiast Network and ran Marketing and Events for the Adventure Sports division overseeing about 50 events across multiple sports.

Living in Oceanside, CA with his wife Yumi and a bad dog named Hank, Desi began working with AWOW in March of 2018. He had never heard of AWOW at the time but now considers it some of the most rewarding work he has ever done and is so happy to have AWOW in his life. 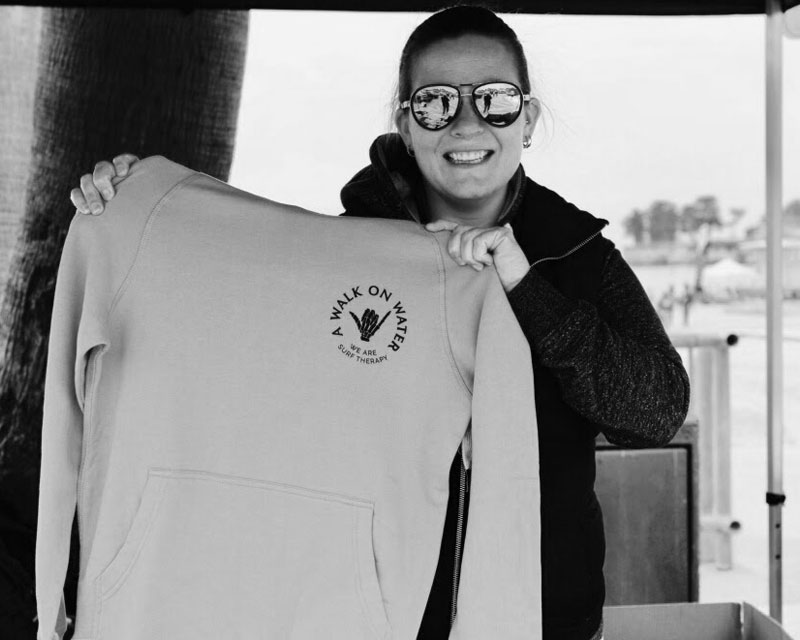 Favorite Surf Break: Wherever AWOW is having an event.

An independent producer in the entertainment industry for over 15 years, Lisa joined the AWOW team in May of 2019. Having recently had her second child, she was looking for a way to use her skills for good and attended an event in Malibu “just to watch.” After that, she was all in.

Living in Los Angeles with her husband Garrett, sons Colt and Lachlan, three cats, and a horse, she gets true joy out of seeing the faces of the children when they catch that first wave. Once upon a time she stood on a surfboard, and with these kids as inspiration she just might try again. 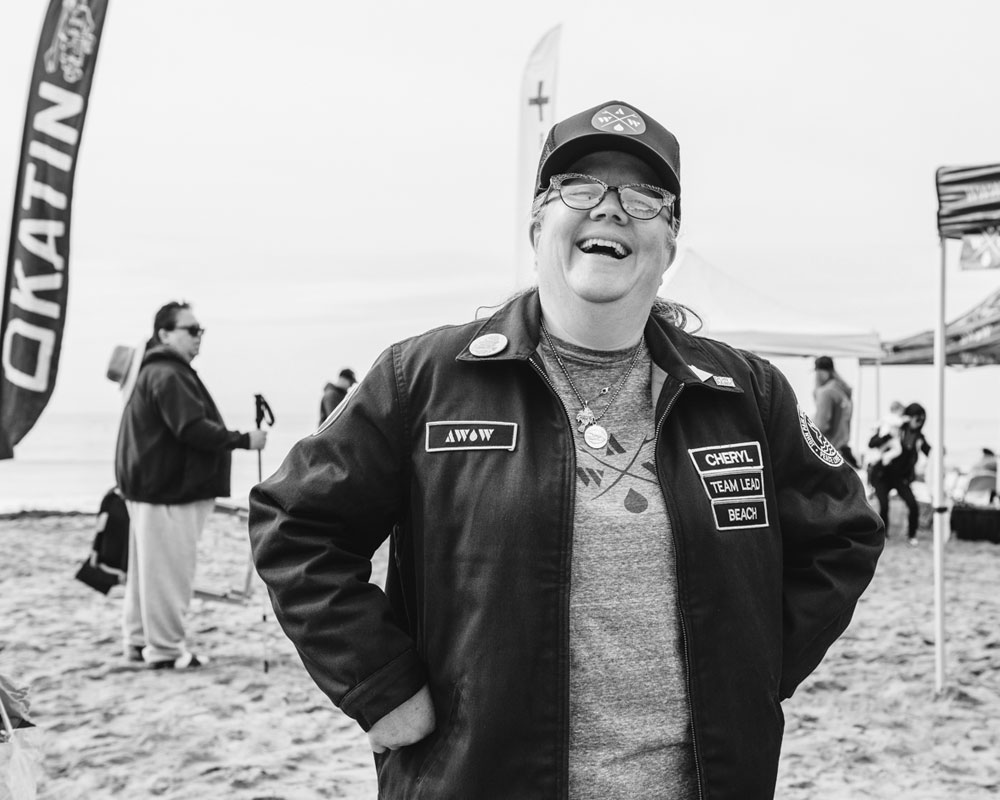 Cheryl lives in Fullerton and works as both as both AWOW’s Administrative Assistant and Head of Volunteer Check-In. She has been a part of AWOW since 2015 and became involved after hearing Board Member Swampy Marsh speak about it on the radio. She began volunteering as a Family Greeter before moving into check-in.

Her amazing smile and joyful personality is one of the first things families and volunteers see upon arrival which is a great start to a spectacular day.

Copyright A Walk On Water, Inc. All Rights Reserved.
Go to Top